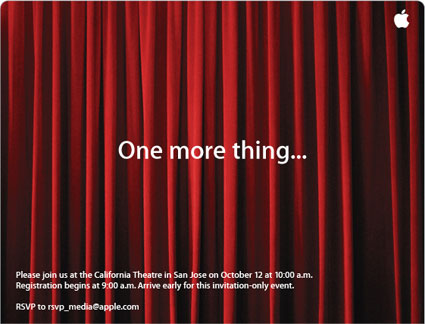 Well. It looks like Apple does have some announcement up its sleeve. There is a lot of speculation on the Web that it will be the video iPod. The announcement they sent out (see image) does seem to be a theatre curtian, so maybe. They also could finally announce those new PowerMacs or PowerBooks. Stay tuned.