Promo from the Variant Frequencies Podcast

I love it when a plan comes together.

The iTunes music store has been updated with a bunch of new video content from MTV, Nickelodeon, Comedy Central, NBC and others like Channel N (???). Now you can get Dora the Explorer, Sponge Bob, Bevis and Butthead, South Park and more great 80s content like the A-Team. “I love it when a plan comes together”. There is a lot more there too. If you haven’t checked out the TV section in a while go over and see for yourself. It keeps getting better and better.

Correction: I made an error with the name of the band featured on this episode. The band is called The Loved Ones, Jade Tree is the label.

So how many of you are like me and have imported music into their iTunes library (while not connected to the Internet) and ended up with names like “Track 1”, “Track 2”, etc.? Personally, I am just too lazy to go track down the original CD and look on the back or in the liner notes to get the info. Now, I have a couple of those music loving friends who can name a track in an instant after hearing it, but they never seem to be around when I want to update the ID3 tags on my tunes, strange. Anyway, it turns out now I don’t need them thanks to an app called Tunatic. This app works just like your music loving, know-it-all friend. It listens to the track played from any source into your Macs mic, captures its musical “signature” and then goes out to an on-line database and returns the artist and song title information. It is pretty amazing. I wish it also had an option to just listen to the audio going to my Macs speaker, but because it uses the mic you have the advantage of letting listen to external audio sources like the radio or your TV. Think, playback the audio from that commercial on your TiVo that has the song you can’t seem to pinpoint. I tried it with several tracks played in iTunes into my iBooks built in mic and it returned the correct information every time. I am sure it will not always be 100% accurate, but for the convenience this app is staying in my iTunes utility belt.

Update: Here is another app that does a similar function iEatBrainz. This one listens to the song playing directly from iTunes, no mic required.

Remember to vote for the MacCast at Podcast Alley.

Promo for the Music Universe Podcast

Pooh, for a bear of very little brain, you sure are a smart one.

A podcast about all things Macintosh. For Mac geeks, by Mac geeks. Just a quick note to let you know that a new MacCast is in the works, but might not be here until the weekend. sorry for the delay. In the meantime checkout my interviews:

Leave A Comment
Jan
19
CoverFlow: Flip through your iTunes Library

If you are old school and prefer the feel of rifling through your CD collection to browsing the Library in iTunes then this may be the App to help bridge your digital divide. CoverFlow is a beautifully designed media player that integrates with iTunes and allows you to visually select the tracks you want to hear. It’s hard to describe, but the website features a video that show it off well. Basically think of it like filpping through a stack of CDs to find the music you want. I just looks freakin’ awesome. While the current version is just a “technology” preview, it worked great for me on my G4 iBook. It does require Tiger and at least a RAGE 128 graphics card, but beyond that it performs beautifully. This is really fun and shows off the power and creativity of the Mac well. I can’t wait to see the fully finished product. 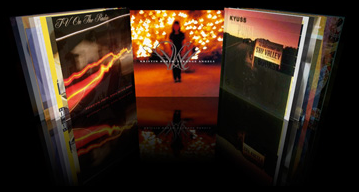 Looks like Apple has listened to the many critics of the new “Mini Store” feature in iTunes and is (at least in part) trying to correct their mistake. They have updated the feature to include a message (see below) telling you information is being sent to Apple, confirming you want to enable it and showing you how to turn it off. This change comes in response to many users who were up in arms over the potential privacy concerns the new feature imposed. Some critics were so vocal that they took to calling the new version “SpyTunes”. This new update should help, but I think there will many who still feel the feature should be removed all together. Personally I didn’t have much of a problem with the feature as it only sent song info, which I already share with the world via the “Mac Geek is listening to” feature on this site. :) 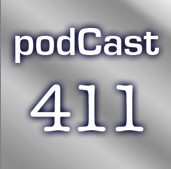 The other night I did another interview (seem to be doing a lot of these lately :) ). This time I talked with Rob over at Podcast 411. Podcast 411 is an interview show where Rob talks to all kinds of Podcasters. He does a great job and I was honored he selected me for an interview. We had a good time discussing the latest MacWorld announcements and other Mac stuff. We talked about how I started in Podcasting and the history and future of the MacCast among other things. I think many of you may find it interesting, so if you want to hear it just click the link below. Also, if you want to hear more great interviews with other pocasters be sure to visit Robs site and subscribe to his Podcast in iTunes. 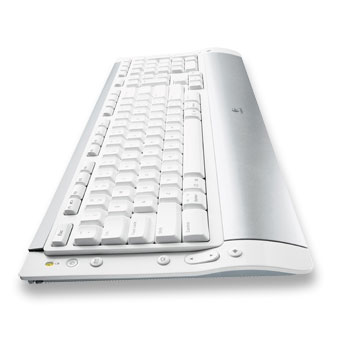 I was lucky enough to attend Macworld 2006 and, while there were a ton of cool new products and innovative software titles at the Expo, I was really excited to see the new, made for Mac, keyboard and laser mouse from Logitech. This killer combo was being displayed at just about every other booth. Looks like Logitech wanted to make sure you saw it over and over again. As for myself, being a two button mouse guy and the owner of a MX Duo, I am very glad to see this product finally hit the market. The Logitech system offers a look and feel that rivals that of Apples own mouse and keyboard. The keyboard has a soft textile feel to it and the mouse is laser which makes it more accurate than an optical mouse. The keyboard offers a Mac button layout which includes the eject button, volume controls and also a set programable buttons. Without a doubt this keyboard is, to me, the best you can get for your Mac. With an estimated price tag is approx $100 it’s a good value and this baby also boasts battery life of up to 6 months, which is awesome. The mouse also has a built in on/off switch for more energy savings. The Logitech S530 a must have for any two button Mac user.