by Anthony, A MacCast listener.

(oh yeah, that’s why I can’t stand windows)
Every once in a while I hear Adam comment on Windows on the show. I’m also a Windows user/programmer at work, Mac user at home. Because I’m a pretty advanced computer user my PC rarely experiences any of the problems that Windows is known for. I don’t ever get viruses or worms, and I know how to keep things running pretty efficiently. That doesn’t mean I enjoy using windows, it just means that I can tolerate it while at work.

However I had a rude re-awakening the other day when I was asked to assist a family I know whose PC was “popping up black windows” everywhere. I have worked on their computer before and had to do a near-resurrection on it. Installing anti-virus, anti-spyware, removing administrator privileges etc…. And I had their computer running almost like new. That plus the addition of broadband internet service to make updates easier for them, lulled me into a state of ignorance, thinking that I was safe.

Well, I don’t even know how, but this time the computer was in worse shape then it was before. Every single toolbar, search assistant, online coupon, spyware product known to man was infesting their 700MHz Celeron PC. As I sat down to work on it, I thought to myself “Ah…yes, this is why I love my Mac”.

I think it’s easy to forget, as an advanced computer user, that the differences between Macs and PCs are much different when you don’t know what you’re doing. Advanced users can probably get done what they need to do on either because they know how to safely use a PC without messing it up. But to the average user, a PC is like walking through Central Park with $100 bills sticking out of your pockets. The entire world seems ready to mug you, and it’s entirely too easy to render your computer unusable. Unfortunately I think a lot of people just give up and use their computers less because of this. They don’t even know that it’s possible to have a computer that works with you instead of against you.

by Rob, A long time user.

Based upon the paradigm of opendoc containers there is a long time player RAGTIME. Starting as a Mac only program it now is available for Mac and Windows alike. Version 6 is right now in (public) beta-testing. Ragtime 5.6 private is free
for anyone to use, within the limits of the free license.

First of all it is based upon the opendoc (CORBA) paradigm, meaning all files are containers whose content depends upon the program that acts upon it. In short RagTime is the complete office suite in one program, or the AppleWorks program for that matter but with qualities to stylesetting more compatible to QuarkXpress. To create a document you have to create a frame of a certain dimension and assign a content to it. Afterward you can manipulate the frame and the content as wanted, or even create a frame from a collection of line and bezier tools. Just do not forget to – after closing a frame up so it has one boundary – assign a content to it. Each file belongs in a so called container, each container can contain information of a particular nature: text/drawing/bitmaps/spreadsheet/movie/sound et-cetera.

RagTime completely supports AppleScript, there is a somewhat minute version on the windows platform but they will have to do with what that is. Ragtime also has built in scriptability so you can define on a frame a button to start certain actions, or connect to some remote ODBC-database. One press on a menu-item provides you with a presentation of your screen without ever leaving the program. Did I mention RagTime was the first program to allow you multiple languages on a single paragraph? Or different letter- directions for that matter? Left-right/right-left-bottom right-
top left. It will be supported. You like to rotate frames to create one A4 or a letter page two half size pages? Create the frames and rotate them and place them specifically with a precision to .01 inch and cm, and 0.01 degree in rotation. The best feature for creative people is the possibility to create a frame consisting of several bezier curves and close them, afterwards changing their shape to your liking and then making them contain a certain content: text/picture or what else you would like. It makes for nice decorative uses, and just your own imagination is the limiting part there. In short for a free program, this is a very well designed all in
one information processor. For a paid solution it gives you the best between word and quark, no more hassle to place a picture at a certain position, it is there and stays there and you can tell your text what to do: flow around it or skip below it. In short it starts to deliver where word stops and quark seems needed.

There is a really cool web site on Apple.com that a listener turned me on to and I can’t believe I had never seen it before. The Apple Student Gallery site features animations, films, photos and music from students around the world. Any student can submit their material for inclusion and I can’t believe this site is not more well known. The site offers the ability to rate the content and share it with others and some of the stuff on there is really interesting. If you have a moment and want to see what the youth of the world is up to on their Macs, I would encourage you to check it out.

New music, Tangerienes & Cigerettes by The Society of Rockets

It seems to me the only thing you’ve learned is that Caesar is a “salad dressing dude.”

Promo for the Pease and Heintz Podcast

I was having fun on this job! You had all this energy, and all these crazy ideas… and you kept taking your pants off.

OK. So my UK listeners are giving me quite an education of Tesco in the UK. Most tell me that Tesco was the most profitable supermarket retailer in the world last year beating out WalMart. Tesco is first and foremost a Supermarket and sells food, but they have been expanding. Now there are 3 types of Tesco stores: Tesco: These are medium to large size stores and sell mostly food with a very limited electrical section. Tesco Extra: These are the flagship stores. These stores sell almost everything. Food, clothing, DVDs, some computer accessories etc. The Extra stores would be the most likely ones to get Apple Mini stores. Tesco Express: These are the smallest of the stores, mainly situated on housing estates, they operate very much like a corner shop. Apple did a small test of the Mini store concept and listener Nik sent in the picture above from the Milton Keynes store. If you have any picts of an Apple Tesco Mini store send them in and I will add them to the gallery. Thanks to everyone who emailed and educated me on Tesco.

New music, Not on the Radio by Geoff Smith 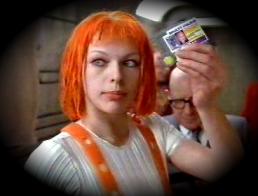 OK. Obscure sci-fi movie reference aside, it appears Apple has added some new content and features to the TV Show section of iTunes. Several listeners pointed out that Apple added more Comedy Central offerings in the form of The Daily Show, with John Stewart and The Colbert Report. In addition they added a new purchase option for these shows. Multipass. Yeah Leeloo, multi-pass (sorry, it just too easy). Multipass is $9.99 (USD) and includes the most current episode, if available, and downloads the next 15 episodes. Seems very much like the paid Podcast subscriptions Audible is doing for shows like The Ricky Gervais Show. Multipass is a cool new option, but I’m not sure I will be canceling my cable or TiVo service quite yet.

Well I of course have always been a big fan on Nitrozac and Snaggy’s Joy of Tech and I love Penny-Arcade and PvP. So, how is it I could have missed this one. AppleGeeks looks incredible. It is amazing how the Internet is freeing media and content creators in all genres to get their work out to the masses. Web Comics, Podcasts, Blogs, Video. I love this stuff. I am sure there are many other web-based Geek comics out there, so if you get a chance head over to this forum thread and post your favs.