Hey geeks! Apologies for the slight delay between shows. I have just been taking a little break after a number of long days and nights at “the other job”. I also think I needed to decompress a bit from the iPhone 3G onslaught. Good news is I am feeling refreshed, have a show in the works, and something should be arriving on your feed shortly. If you need to get a fix now (and can stand more iPhone stuff), check out the latest iPhone Alley podcast which I did with Michael Johnson (iPhone Alley), Bill Palmer (iProng Magazine), and Jeff Gamet (The Mac Observer). Thanks for all the emails, voicemails, and feedback. Keep ’em coming.

Join us for Live Maccast chat starting at 9:00 AM PDT and going through the end of Apple’s live “The Beat Goes On” event today (9/5). Join us on iChat/AIM in the room: maccast.

Join us for Live Maccast chat starting at 9:00 AM PDT and going through the end of Apple’s live event today (8/7). Join us on iChat/AIM in the room: maccast.

5 Comments
Jul
12
Leave it to Apple to think of everything. 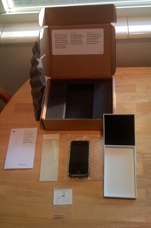 We all know about Apple’s meticulous attention to detail when it comes to design. They design the hardware, the software, heck even the packaging to be perfect. After her iPhone started having trouble, listener Lorrie found out that Apple pays attention to detail and design even after the sales has been made. Here is her story…

I wanted to tell you about my experience with Apple. I had my iPhone for 5 days when I realized that it had stopped working correctly. If I used the earbuds, or the speaker, everything was fine. If I held it to my ear I couldn’t hear the call and the other party on the call couldn’t hear me. I called Apple and went through all the troubleshooting procedures, and the technician determined that it was a hardware issue and needed to be repaired. He arranged a “loaner” for me and told me to send in my own phone when the loaner arrived, that all the instructions would be in the box. END_OF_DOCUMENT_TOKEN_TO_BE_REPLACED

9 Comments
May
04
Ok I hear you, chapters are here to stay.

All I can say is WOW! I really thought that no one really used the enhanced features of the Maccast. Boy was I wrong. Within about 2 hours of posting the last show I had over 100 emails in support of keeping chapters. Thanks to all who sent comments about how they love, use, and depend on the enhanced Maccast. Needless to say the eMaccast is hear to stay. You can stop emailing now.

It does leave me wondering one thing though… with this kind of an endorsement, why don’t more podcasters do enhanced podcasts?

Well this is a bit strange…. I just received an email from a listener who purchased a new Mac Pro (the 266GHz base configuration) and found something unexpected inside its beautiful designed enclosure. His new system arrived and while gleefully extracting it from the box he noticed an unusual, but familiar, “rattling” sound. This listener, who was a recent switcher, had built his own PCs so he could tell immediately that there may be a loose screw or two rolling around inside his new high octane Mac. He was obviously concerned and sure enough after removing the side door and carefully rocking the case, four (yes four) screws came plopping out (see the picts). These screws were each approximately 1 1/8″ long with 1/8″ thread at the end. After completing the screw extraction, he further inspected the inside of the case and fortunately could not see any empty holes where the screws may have originally resided. He went ahead and set up the new Mac and has been using the machine which appears to be working fine. After reading his email I encouraged him to contact Apple, which he did, and they seem to feel the screws must have “fell” into the case during manufacturing. They did advise him to bring the Mac in so they could do a thorough inspection, just in case. END_OF_DOCUMENT_TOKEN_TO_BE_REPLACED

by Anthony, A MacCast listener.

(oh yeah, that’s why I can’t stand windows)
Every once in a while I hear Adam comment on Windows on the show. I’m also a Windows user/programmer at work, Mac user at home. Because I’m a pretty advanced computer user my PC rarely experiences any of the problems that Windows is known for. I don’t ever get viruses or worms, and I know how to keep things running pretty efficiently. That doesn’t mean I enjoy using windows, it just means that I can tolerate it while at work.

However I had a rude re-awakening the other day when I was asked to assist a family I know whose PC was “popping up black windows” everywhere. I have worked on their computer before and had to do a near-resurrection on it. Installing anti-virus, anti-spyware, removing administrator privileges etc…. And I had their computer running almost like new. That plus the addition of broadband internet service to make updates easier for them, lulled me into a state of ignorance, thinking that I was safe.

Well, I don’t even know how, but this time the computer was in worse shape then it was before. Every single toolbar, search assistant, online coupon, spyware product known to man was infesting their 700MHz Celeron PC. As I sat down to work on it, I thought to myself “Ah…yes, this is why I love my Mac”.

I think it’s easy to forget, as an advanced computer user, that the differences between Macs and PCs are much different when you don’t know what you’re doing. Advanced users can probably get done what they need to do on either because they know how to safely use a PC without messing it up. But to the average user, a PC is like walking through Central Park with $100 bills sticking out of your pockets. The entire world seems ready to mug you, and it’s entirely too easy to render your computer unusable. Unfortunately I think a lot of people just give up and use their computers less because of this. They don’t even know that it’s possible to have a computer that works with you instead of against you.

17 Comments
Jan
15
Run your MacBook with the lid closed

Listener Andre pointed out a really cool feature of the new MacBook Pro that many, including myself, had missed. If you carefully read the “Pure Digital Signal” section of the MacBook Pro Graphics page on Apples site you’ll see this:

…you get three options for using your display: dual-display mode, video mirroring, and lid-closed mode.

So apparently the MacBook can be run with the lid shut. This is a BIG change from the PowerBook. With the PowerBooks you can use software like Sleepless, but doing so could cause excess heat and damage your Mac, so it is NOT recommended. I’m sure addition of lid closed operation will be a welcome feature for many new MacBook owners.

OOPS: Looks like I made a mistake on this one. From the comments on this post it looks like PowerBook have been able to run with the lid closed for a while now. The trick is they need to be connected to an external display. I was confused becasue this topic came up on the MacCast in the past, but in that case the listener wanted to run with the lid closed and still have the PowerBook a connected to the network, but with no external monitor attached. He wanted it available for server operation. 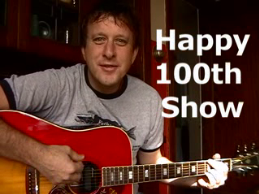 Well the next show is the 100th and messages and well wishes are coming in. Thank you to all who are taking the time to help mark this special event. Listener Starfire sent this great video and I just thought it was appropriate to share. Enjoy.

20 Comments
Oct
23
Some thoughts on Aperture

I just wanted to offer a few comments on Apple’s new Aperture app, the purpose and position of which, in particular with respect to Adobe Photoshop, seems to leave some questions open. I did not have any chance to use Aperture yet, so I cannot comment on any details. I am not a professional photographer, but I /do/ shoot RAW pictures with my Nikon DX70, so I have some experience with handling these.