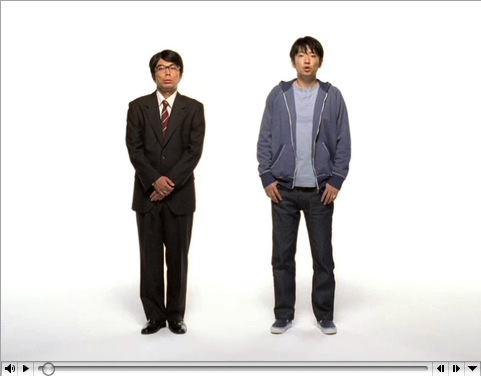 Mac Rumors is reporting that Apple has created Japanese versions of it’s popular ‘Get a Mac’ Ads. The ads seem to be almost exact recreations of the ads played in the US but with the Mac and PC being replaced by Japanese actors. It’s pretty cool because even though I can’t understand what they are saying I know what the ad is about having seen the US version. The ads can be seen at http://www.apple.com/jp/getamac/ads/

There are 5 comments on Japanese ‘Get a Mac’ Ads: