This episode is inspired by a question from a reader regarding problems they experienced applying transitions to clips in a sequence. As it turns out, the problem wasn’t with the transitions themselves, but with the lack of handle material in the clips. So let’s talk about handle material. 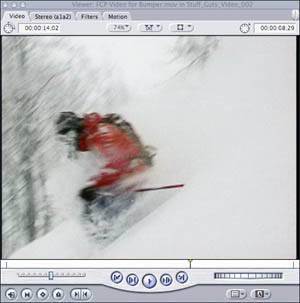 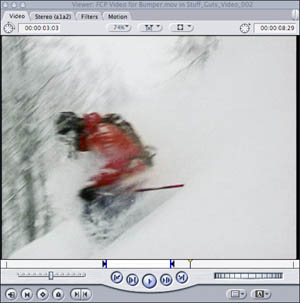 Having handles on video clips is important for a couple of reasons:

1. It provides additional material to aid in adjusting and refining edits while editing a project.

2. It provides material Final Cut Pro needs to create transitions (other than a straight cut).

iMovie happily snips off a piece of the video clips on either side of a transition to use in creating that transition, but doing this potentially alters the scene (you might miss important action at the beginning or ending of the clips involved). Final Cut Pro and Final Cut Express use the handle material to build the transitions instead, leaving the scene intact.

Hopefully this gives you a better handle on handle material. Coming up next we’ll look at the Quickview tool.

See you next episode!