So I talked about this on a recent episode of the Maccast Loop, but in case some of you missed it I thought I would mention it here. The other day I was watching the Pixar film “The Incredibles” and noticed it had a scene that could have possibly inspired the Macbook Air. If not, it at least has an eerily predictive nature about it. Since Jobs was in charge at Pixar at the time it just made me wonder if maybe the scene inspired him to think up the Macbook Air or was it just random coincidence. Maybe the ad agency just borrowed the concept for the commercial, who knows?

In the scene Mr. Incredible gets a secret message delivered in the form a ultra-thin tablet-style computer which he slips out of a manila style envelope. Take a look at the two images below (thanks Robert for the caps) and you’ll see what I mean. 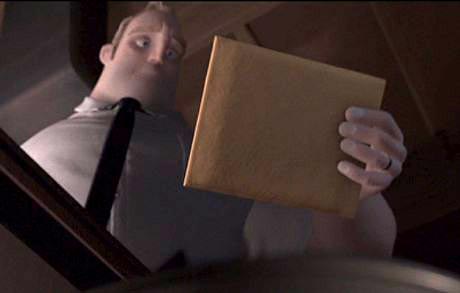 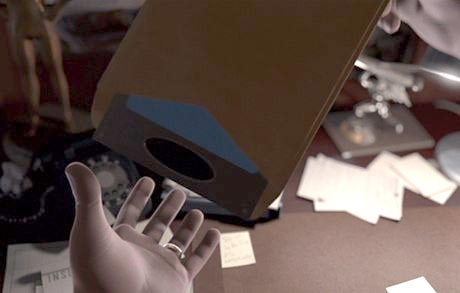 There are 14 comments on “Incredible” inspiration for the Macbook Air?: