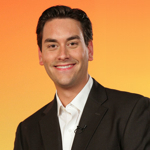 A podcast about all things Macintosh. For Mac geeks, by Mac geeks. A special episode of the Maccast, we interview Clayton Morris a self-described casual geek and anchor from Fox and Friends on the Fox News Channel. Clayton is a switcher to the Mac and we talk over his reasons for switching, how he uses his Macs and iPhone as tools at Fox, how technology and podcasting is changing the face of media and more.

If you haven’t heard of the video website Hulu, you must be living under a rock. For the past few months, it has been the site of controversy, hate, and mild like. For those who are living under rocks, let me sum it up for you. Hulu is a joint venture between NBC Universal (NBC, USA, Sci-Fi, etc) and Newscorp (Fox, FX, Fox Sports, and iHOR (International House of Republicans)). Both of them were tired of having their shows put up on YouTube, and felt that Apple was ripping them off, so they decided to make their own site. When I first heard about this site, I assumed the usual: No downloading, heavy DRM, no Mac/Linux, and only clips. Yet I signed up anyway because, lets face it, I am a sucker for a new web service (I am the guy who signed up for the Slingbox for Mac private beta even though I do not own nor have I ever owned, a Slingbox.) A few days ago I got the email that I had been accepted, and I delved into the website with the lowest of expectations. And those expectations were blown away. END_OF_DOCUMENT_TOKEN_TO_BE_REPLACED