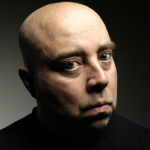 14 Comments
Mar
31
I made the local news

About a month or so ago I was contacted by the local NBC affiliate here in San Diego to get my thoughts on a story they were working on based on a report they had received from their Washington DC office. The story was about a woman that someone from the DC station knew who’s 2nd gen iPod Nano exploded and caught fire while charging. The basic spin they wanted on the story was that iPods were potentially unsafe and could catch fire. Trouble is, neither I nor any other expert they could track down would play along. In the end they ended up doing a broader piece on dangers of lithium ion batteries. Maybe not 100% accurate, but there have been some recalls and (despite the sensational promos and story headline) the story did a fairly decent job explaining that in normal use these batteries are relatively safe and it’s only when the batteries are improperly handled that there could be some issues. I was interviewed on camera for over 20 minutes and ended up with just a quick sound byte at about 3:11 in. You can see the whole segment in the Quicktime video above (click the image to play). They did get a nice shot of the modded Apple logo on my G4 iBook.

If you haven’t heard of the video website Hulu, you must be living under a rock. For the past few months, it has been the site of controversy, hate, and mild like. For those who are living under rocks, let me sum it up for you. Hulu is a joint venture between NBC Universal (NBC, USA, Sci-Fi, etc) and Newscorp (Fox, FX, Fox Sports, and iHOR (International House of Republicans)). Both of them were tired of having their shows put up on YouTube, and felt that Apple was ripping them off, so they decided to make their own site. When I first heard about this site, I assumed the usual: No downloading, heavy DRM, no Mac/Linux, and only clips. Yet I signed up anyway because, lets face it, I am a sucker for a new web service (I am the guy who signed up for the Slingbox for Mac private beta even though I do not own nor have I ever owned, a Slingbox.) A few days ago I got the email that I had been accepted, and I delved into the website with the lowest of expectations. And those expectations were blown away. END_OF_DOCUMENT_TOKEN_TO_BE_REPLACED