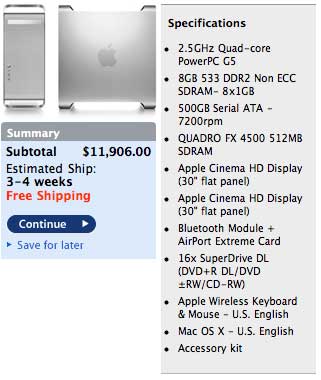 So with the announcement of the new Quad G5s, I thought I would price out my dream Mac setup. Is it OK if your computer is worth more than your car?

Hey I just noticed that if each listener to the cast donated $1, I could pick this baby up. :D