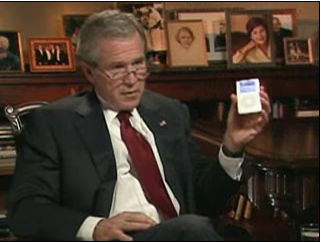 Looks like there was a candid moment caught on tape by the UKs Sky News in which US President George W. Bush took out his personal iPod and started discussing his music. The interview of course did not go without a mistake or two. At one point he accidentally reffers to Don McLean as Dan. The President also appears to own multiple iPods as he also mentions owning a Shuffle. I wonder just how many iPod he has?

There are 28 comments on What’s on Dubbyas iPod?: