Nov
22
“MACing” your Windows: The GUI

Now that Apple has made a full switch to Intel processors, running Windows on Macs has become more common than most people ever thought it would be. Be it on Parallels or Apple’s Boot Camp there is usually a need to run Windows on your Mac or have a second machine handy. This series of articles is about making Windows a more comfortable environment for a Mac user. Of course not all of the Mac elements will carry over, but we can get pretty close using mostly freeware. These articles are written for Windows XP SP2, however the majority of these programs have versions coming out for Windows Vista in the near future.

In this article we will emulate the most basic elements of the GUI of OS X Tiger. This means ditching the default Luna visual style that is reminiscent of Fisher Price Toys. Please keep in mind that this is only the first step, so not all the features of Tiger’s GUI will carry over quite yet. Please also note that it is possible to use the built in “Visual Style” feature to make your machine look like a Mac with a dll hack. But doing so will only skin the buttons, scroll bars, and the taskbar. For that reason we will not cover that in this article, but for more information on hacking the uxtheme.dll file in Windows XP take a look at this article on Neowin.net. END_OF_DOCUMENT_TOKEN_TO_BE_REPLACED

If you are in the US and were watching television last night, you might have been pleasantly surprised to see a new Apple commercial. This new one was for the iPod shuffle, which showed how amazingly small it actually is. The ad gets away from the previous iPod silhouette spots, and instead has a series of people clipping the 2G shuffle to their clothes. The transition effect between each person is neat—all you can see is the torso of each person, and a new one is introduced by removing or adding clothes (don’t worry, it’s G-rated) and then clipping on the new shuffle.

You can see the ad now on Apple’s website here. 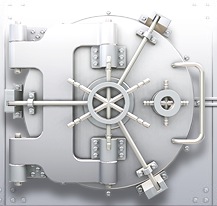 MacHeist is a great new web site by the same folks who brought us MyDreamApp. It offers a unique way discover some of the great Mac software developers that are out there and an opportunity to get some of their great applications for free (well, if you are willing to do a bit of detective work). The concept behind MacHeist is that each week members are given a “heist” to pull off. These heists are like little scavenger hunts that take place on the Web and via email. The reward for successful completion of a heist is access to a vault full of great new Mac applications (downloads complete with registration codes). These heists have elaborate story lines and are cleverly constructed. You send emails to bots who respond with more clues (assuming you can formulate the right message), try to solve puzzles, break into secret web sites and attempt to uncover hidden documents and files. The MacHeist team has done a great job producing the phony, but realistic, web sites and has partnered with legit sources like MacRumors to tie it all together and add an air of authenticity. If you enjoy elaborate puzzle style games like Myst you are going to like MacHeist. END_OF_DOCUMENT_TOKEN_TO_BE_REPLACED

One of the programs that I keep on my doc that is very helpful in updating my blog and my podcast with pictures is a simple and free program called ImageWell from Xtralean Software. ImageWell is a simple image editor that lets you resize, annotate, edit, resize and publish images.

Simply drag an image onto the ImageWell icon and it will open up the program’s small main window. This window let’s you rename, resize and publish an image. Images can be published to a folder or a web site. To publish to a web site the web site needs to support FTP or WebDav (Web-based Distributed Authoring and Versioning) formats. ImageWell can also publish the image to your .Mac account. When you send the image to your web site the HTML to display that image is added to the clipboard:

<img src="http://chris2x.com/wp-content/test.jpg" width="320" height="240"/>
You can go and paste that code into your blog or other HTML document. If you are adding this picture to a discussion board instead, you can also configure the program to send the bbcode style syntax used by many discussion boards (such as the MacCast forum):

ImageWell will also allow you to edit the image before publishing. You can crop, add text, add comic strip style caption balloons, add arrows or annotations.

ImageWell can also rotate, add shape masks like a heart (not quite as useful for your blog unless you are a 14 year old girl) and/or add a watermark.

ImageWell is not PhotoShop and will not replace it for general purpose photo editing but when you want to quickly publish a photo to your web site and reference it from an HTML document or a discussion board few programs will compete with the ease of use of ImageWell.

Are you the type of person who likes any of the following:

If so, you have the kind of appreciation for specialized tools that will make you like Rogue Amoeba‘s interesting and attractive new Fission utility.

Fission does one set of audio management tasks very, very well: cutting and splitting audio files–including MP3 and AAC files–and then saving the fragments as individual files. One of the big deals about the tool is that when it saves your file fragments, it does so in a lossless save operation, even on such a notoriously “lossy compression” scheme as MP3. It will also easily do fades — to fade audio in or out, blend two clips together in a crossfade, and easily crop sections of an audio file, for example to remove a long silence from a file. It supports AIFF and Apple Lossless files as well as MP3 and AAC, handles stereo or mono files, and supports Intel Macs in a Universal Binary. END_OF_DOCUMENT_TOKEN_TO_BE_REPLACED

If you haven’t seen it on any of the mac rumors websites, Forbes is reporting:

The report also claims that Hon Hai Precision Industry Co Ltd will also be called on to produce a 15 MacBook (Pro?).

The article gives no details on the phone specifically, except to say that the contract was for 12 million units and that Apple is expected to introduce the mobile phone in the first half of the year.

A podcast about all things Macintosh. For Mac geeks, by Mac geeks. Show 166. Disney claims success with iTunes. Where are the others? FOX movies coming to iTunes? Apple delays 17″ Core 2 Duo MacBook shipments. Rosetta performance increases under 10.4.8. Buy the album after a track, Apple may want to give you credit. Apple appoints new legal leader. iPod integrated in-flight entertainment coming. Apple release EFI Firmware updates for Intel Macs. Follow-up on suggestions for the new “Mac” guys in the Apple ads. Issues with “fsck” and full hash tables. Silencing your Mac at startup. How to move the “full screen” movie controller. Quality Issues with MacBook Pro and Powerbook G4 LCDs? My thoughts on refurbished vs. new Macs. Question about OS X secure empty trash. My thoughts on the Microsoft Zune. A scary iSight trick. Help support the show, visit maccast.com.

Hey, Hoops, you ever notice how people die in alphabetical order? — One Crazy Summer

Apple® today announced it is teaming up with Air France, Continental, Delta, Emirates, KLM and United to deliver the first seamless integration between iPod® and in-flight entertainment systems. These six airlines will begin offering their passengers iPod seat connections which power to charge their iPods during flight and allow the video content on their iPods to be viewed on the their seat back displays.

This kind of news makes you want to go out and jump on an airplane but we won’t start seeing planes with this feature until mid 2007.

On November 13th Apple released a handful of updates, most having to do with Boot Camp, sleep and wake-from-sleep issues with its Intel-based Macs.

According to Apple, the EFI Firmware updates “fix several Boot Camp, start up, and wake-from-sleep issues” for the Mac Mini, MacBook, MacBook Pro, and iMac.

The EFI Firmware update for the Mac Pro “This EFI Firmware Update fixes several Boot Camp and start up issues.”

Please read Apple’s instructions carefully for the EFI update that corresponds to your computer, and also prepare yourself with a Firmware Restoration CD in case you have issues while updating your firmware.

equinux has released iSale 3.3 and CoverScout 2.2.

iSale 3.3 is an application that allows users to customize their auctions before posting them on eBay. Users can even track all of their auctions with iSale. The 3.3 version supports eBay Express. Users who qualify for the eBay Express listing service can choose to list their items on eBay Express and/or their main eBay listing. There is also Template Pack 9, for Home and Garden auctions, available for free to iSale 3.x users.

The update of CoverScout 2.2 is compatible with the latest iTunes update version 7.0.2. CoverScout is an application that searches online resources to find artwork for rare album titles.

Trial versions of both applications are available at the equinux website.

For more information about iSale or CoverScout visit your local apple dealer or the equinux website (http://www.equinux.com).